We love to collaborate with breweries, chefs and others.  Below are a few of our current collaborators.

Are you interested in collaborating with Langdon Wood?  Get in Touch! 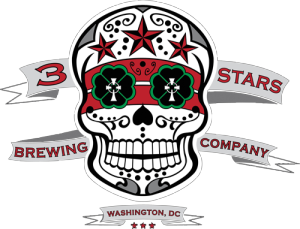 Just to get started 3 Stars used Landgon Wood barrels to age their Pandemic Three Way, which they released private Illuminati Reserve Society.   Adding to the fun, Langdon Wood’s Art Drauglis, built the bar at their brewery and is helping to build the larger bar as they expand.  Stop by the brewery for tours, tastings and growlers of their fantastic beers, and to check out their home brew store. 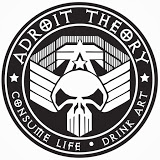 Our on-going collaborations with Adroit Theory are beyond delicious.  So far we’ve seen the Langdon Wood Barrel Aged version of their imperial porter – BLVCK, and Inglorious Bastard – a Belgian Quad aged in our barrels. They are always amazingly delicious and both are already sold out. Thankfully, we stashed a couple of bottles of BLVCK for ourselves.  Head out to the brewery for tastings, tours, bottles and growlers.

What can we say.  We love our friends at Neighborhood Restaurant Group. They’ve aged beers in our barrels, and we were so happy to be a part of the Donut Beers varietals with Langdon Wood Barrel Aged Maple Syrup being used as an ingredient in the  “Sticky Situation” beer that was inspired by Chef Tiffany MacIssac’s Maple Bacon Donuts.

Head over to BlueJacket for tours, and to enjoy their full bar, restaurant and bottle shop.

We’re not listing CCDC here because they are are primary distillery partner.  We’re listing them here because they not only invent delicious cocktails using Langdon Wood Barrel Aged Maple Syrups that you can taste at the distillery — but also because of their Roundstone Rye Cask Proof “Maple Finished” – Cask proof Roundstone Rye, finished in a Langdon Wood maple syrup barrel.  That’s right – we age our syrup in their used barrels and now they are taking them back to get the smooth maple finish on some of their whiskey.

Check out the distillery for tastings, tours, and more.

Keep an eye on things from DC Brau, Washington’s first packaging brewery since Prohibition.  Our first collaboration of  Langdon Wood barrel-aged “Stone of Arbroath” was a grand success.  Stop by the brewery for tastings and growlers of their fantastic beers.