“Washington hasn’t felt a burn like this since the British left.”

Heat rating: I have NO way of measuring the Scoville rating of this sauce, but by my personal taste it is on the medium to high side of “hot”.

Only 200-ish bottles are produced each year! Make haste and purchase yours now!

The concept for this limited edition hot sauce was started just as we began as the bicentennial commemoration of the War of 1812. As you taste this bright red sauce and feel its smoke and heat warm your mouth, think of the words of British soldier George Gleig as he watched the Capitol burn that night:

“The sky was brilliantly illuminated by the different conflagrations, and a dark red light was thrown upon the road, sufficient to permit each man to view distinctly his comrade’s face.”

Our first release was on August 24, 2015; the two hundred-and-one years to the day after the British Army marched on our city and burned it.

Six years later we still continue to honor this tradition and began bottling on August 24th.

The sauce was crafted using hot peppers from friends and farmers in DC, Maryland, and Virginia, including some from the very ground upon which the invaders launched their attack (Bladensburg).

The chilies were mashed with salt and – at great personal risk to my skin, eyes, and respiratory tract – loaded into a ten-gallon oak barrel that once held wheat whiskey from a distiller in The Other Washington (Bainbridge Organic Distillers) and was subsequently used to age Langdon Wood Maple Syrup’s Bainbridge Edition. After a year the mash was blended with organic distilled white vinegar and readied for bottling. 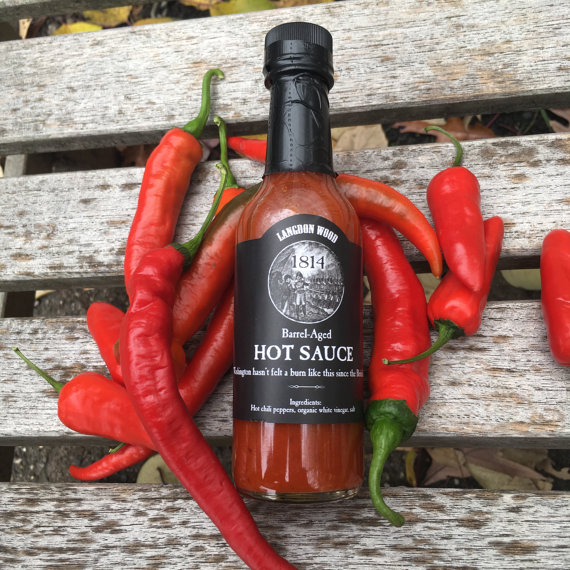 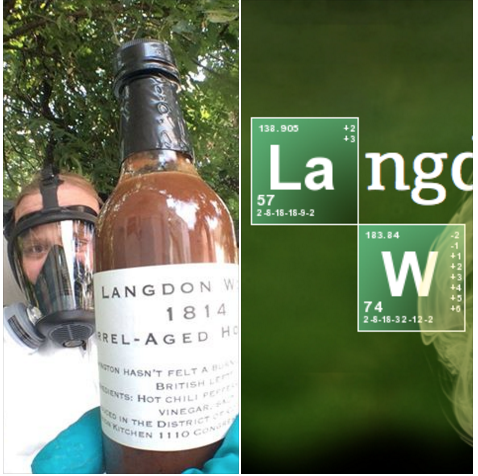